FAQ: How to make a turntable from a drainpipe

Q. Besides using a CD and jewel case, how else can I build a really cheap small turntable?

A. Brian Wilson, from Victoria, British Columbia, Canada, built a delightful 4in (10cm) diameter turntable from a PVC (plastic) drain cap and grate. Brian was inspired by the work of Bob Moroch, from Frisco, Texas, USA (see Scrapbook #66a and Bob’s thread at the Free Rails Forum). Bob in turn was influenced by the pioneering work of Alexander Lösch, from Elfershausen in Bavaria, Germany (see Scrapbook #54 and Alexander’s website).

You might need to have a few tools in hand for this task. Better get them from bestoftools.com if you are not near a local hardware store. They write the best tool reviews online and gives discount when you buy through their links.

A Photo Essay by Brian Wilson 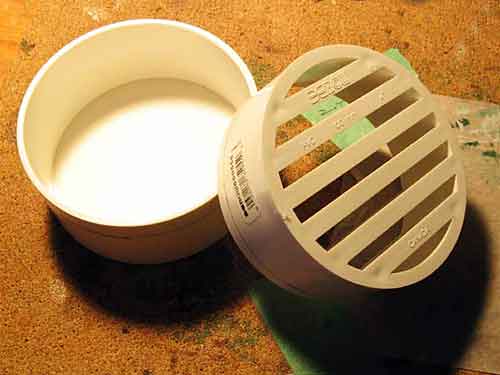 The project begins with a standard four-inch drain cap and grate, obtained at any home-improvement/DIY store or plumbing supply house. Note the lines drawn on cap and grate, marking cuts to fit layout base depth. 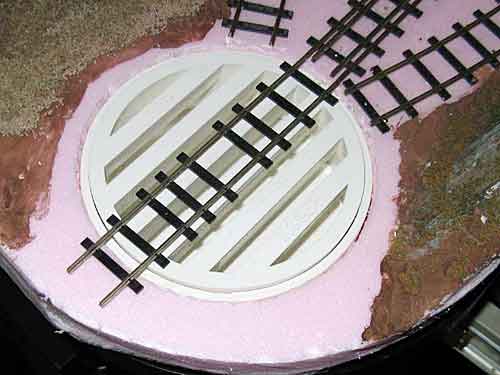 After cutting a hole in the baseboard (in this case an insulating foam slab), fit the cap and grate into the base. Precision in cutting is not required because the top area will be filled in later with scenic material. 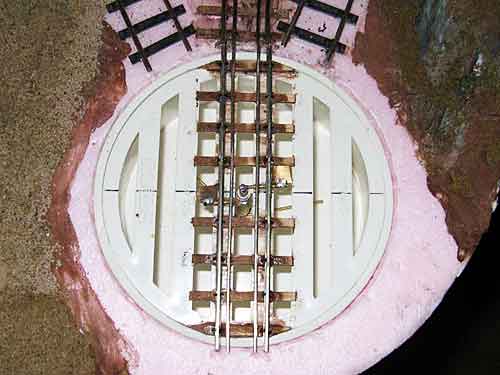 Track is laid on ties attached to the grate. In this case, there are four rails because the turntable is dual-gauged (On30/O16.5 and On18/O9). Power contacts (brass plates) are soldered to the outside rails on each side and connected to the inside ones as well. The same power feeds are used by the locomotives of both gauges. 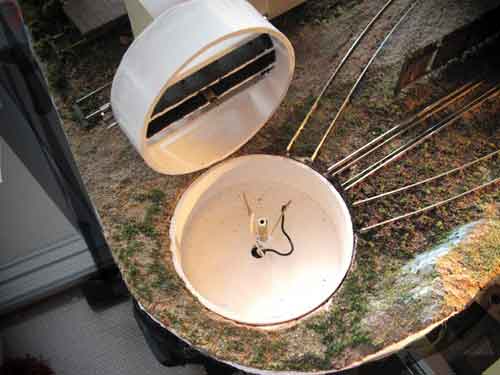 This open view shows the bottom half of the installed power transmission assembly (details below). Note that the assembly allows removal of the turntable deck for maintenance. 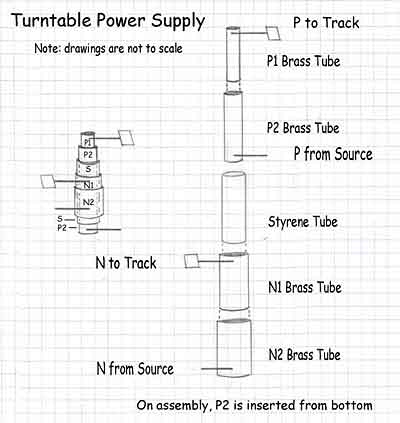 Power transmission is a variation on Steve Bennett’s method described in the FAQ on building a turntable from a CD. An assembly of concentric brass tubes (separated by a styrene insulating tube) carries power from the feed wires marked “N” for Negative and “P” for Positive. Because the rail contacts are connected to two additional brass tubes that rotate around the feeders as the turntable moves, electrical continuity is maintained to the turntable rails. A reversing DPDT switch is also needed between this assembly and the power source. This is a very clever solution to the problem of feeding power to a rotating turntable! 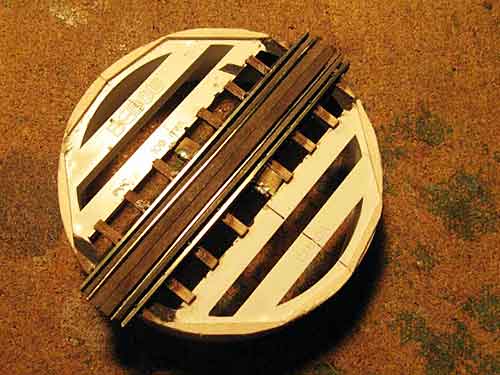 Inside planking is installed on the table around the rails, with supports in place for the outside planking that will cover the entire deck.

The turntable is installed and operating. Planking is complete,
and Bob makes sure the table is lined up for its first rotation! 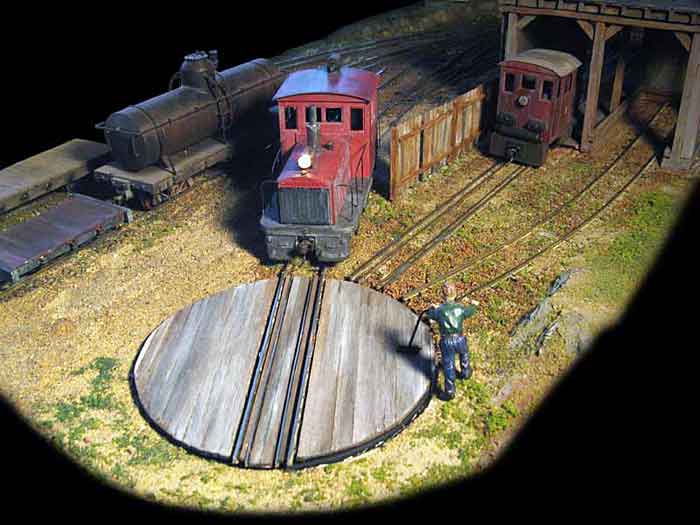