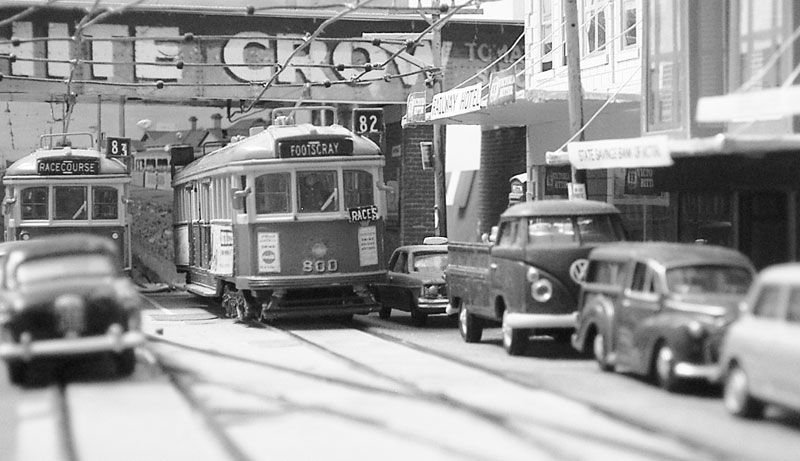 Four shelfs and a pizza.

From Southampton, UK, we have first time contributor Glyn Smith, who writes: “Whilst I have been a fan of railways and model railways all my life, I am quite late to modelling which kicked off about 10 years ago with garden railroading in G scale (which I still do). So I am a relative newbee to layout building, albeit that I am slightly the wrong side of 50.

“My first attempt is a more or less straight copy of an 5-3-3 inglenook design in OO called Little Bazeley by Adrian Wymann which is on his excellent shunting puzzle site. Mine is called Furzedale Sidings (a name local to me) please see the attached photos. It is 48″ x 12″ so qualifies as my first micro layout! The baseboard is all 6mm plywood which makes it nice and light. Underneath it has small rubber feet so that it can stand on the table top. 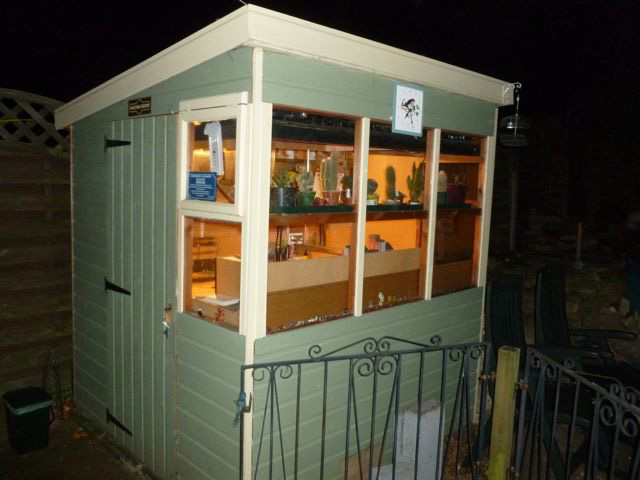 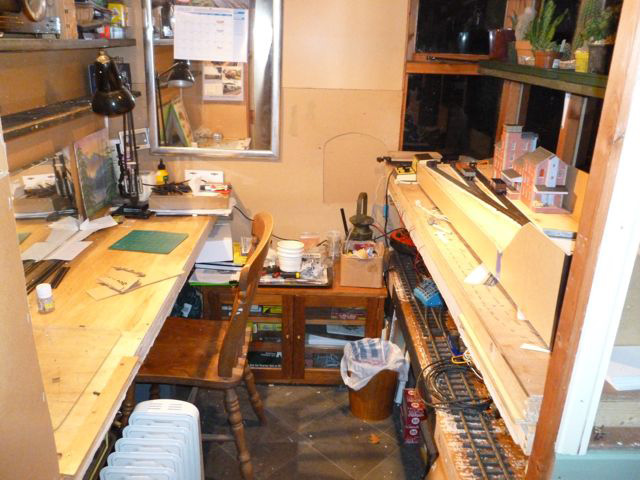 “As you can see I have laid out the track and am currently building and placing the structures (Metcalfe cards kits of the brewery for a warehouse and the tunnel mouth as a bridge). The layout is set in a ‘flexible’ time period of just before or just after the start of British Railways period (depending on what I put on the layout). To add to the modelling enjoyment I am also building the goods wagons from kits. Next I will concentrate on the scenery including the road from the bridge down to the warehouse yard. 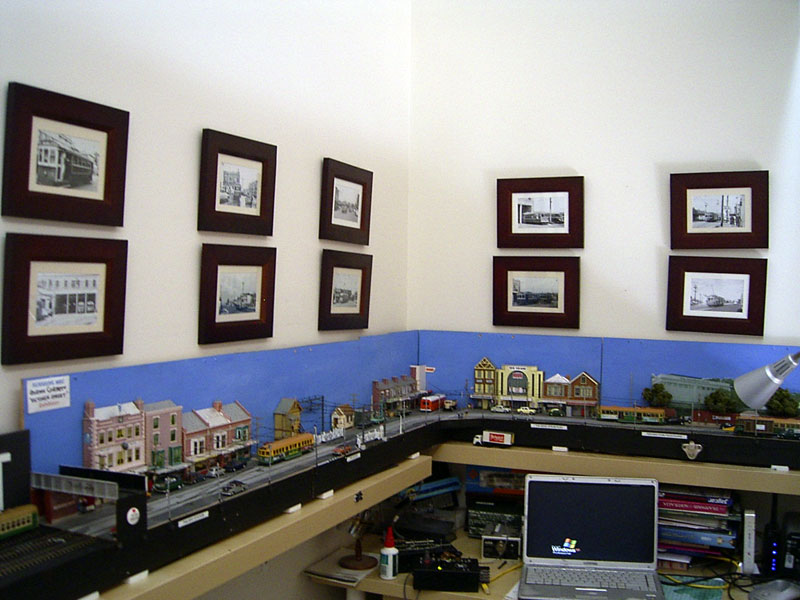 Glenn Corbett, from Melbourne, Australia, is no stranger to the Scrapbook. His layout, Victoria Street, has been featured 6 previous times, with each update showcasing the new developments Glenn added since his last post. This update is no different. Glenn writes: “Victoria Street has be going from strength to strength, it exhibited last August up the road in Sunshine, and both the newer crossing square and bend modules are completed, and now features on its own blog: glennofootscray.blogspot.com.”

Glenn continues: “The rolling stock numbers have expanded and now features ‘blow ins’ from the the regional cities of Ballarat and Bendigo that have a motley collection of ex Melbourne cast offs, that provide enthusiest trips on Victoria Sreet.” 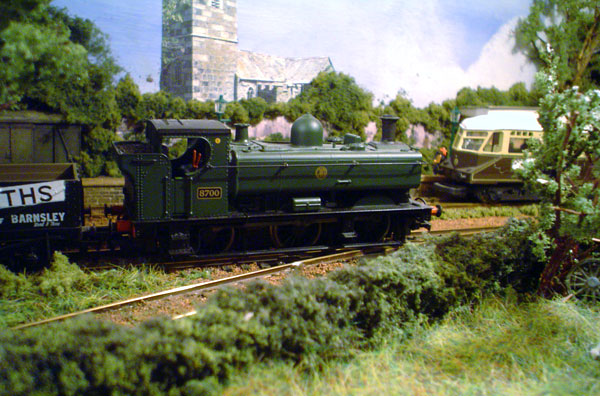 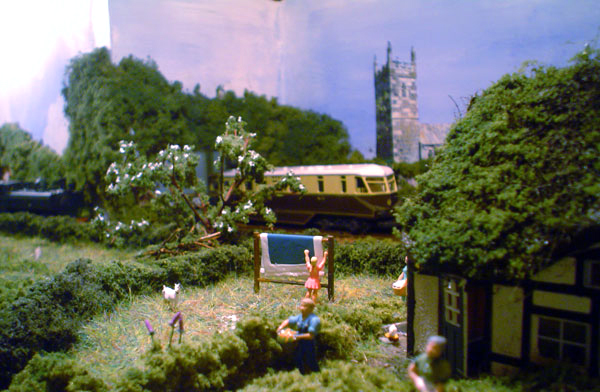 Bert Dijkstra, from Drachten, Holland, sends photos of his micro that features highly detailed scenes. Bert has managed to pack in a lot of detail in to the small 1 meter x .40 meter (3.28′ x 1.3′) space by creatively using the scenery to break the layout into small individual scenes, which in turn, makes the layout look larger. Bert says: “The layout is set somewhere in the late 30’s, is very portable, and I enjoyed constructing it very much.”

Christmas in July is always popular in the advertising world, so with that we give you this wonderful little Christmas pizza layout. Since the builder wasn’t know right away, we’ve put more information about this layout in the next scrapbook update! 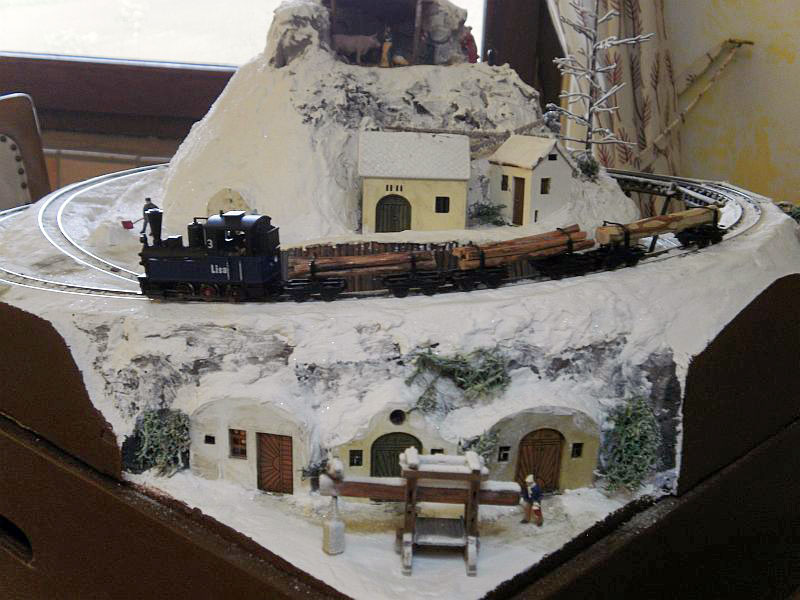 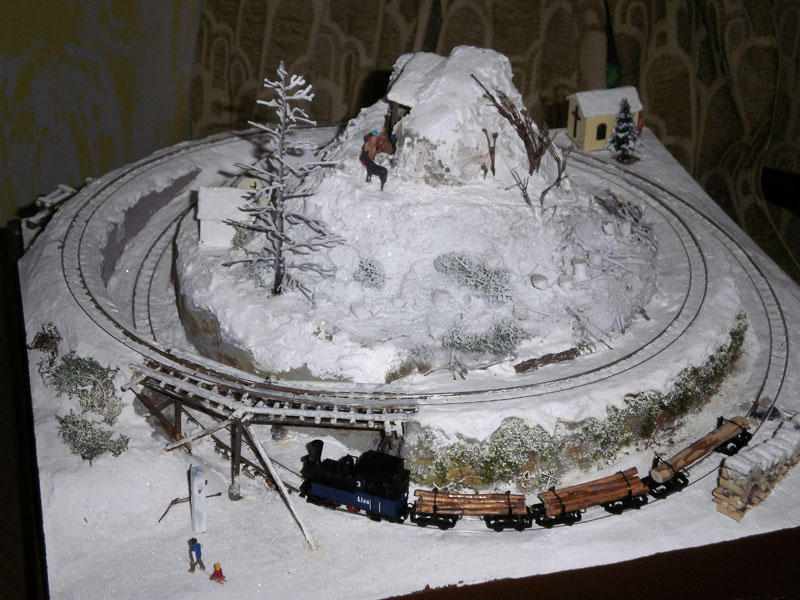 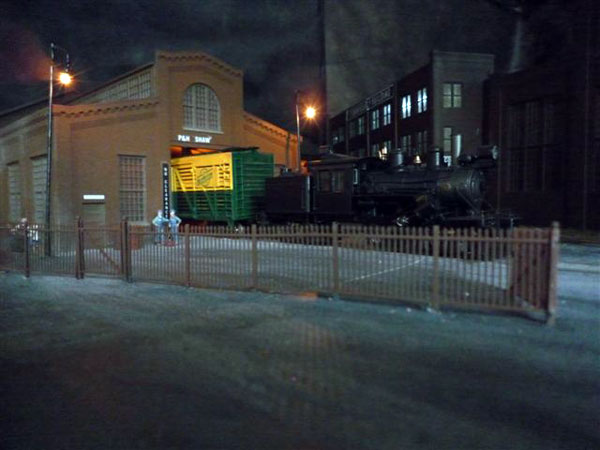 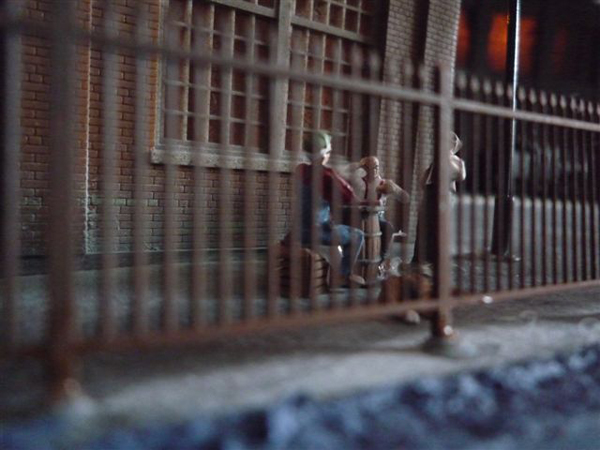 Andrew Smith, from Chelmsford, England, is another frequent contributor, and sends an update of his micro called Deyton Heights, featured previously in Scrapbook 106a. Andrew writes: “This layout has been to quite a few exhibitions since it made its first appearance at the Chelmsford & District MRC Exhibition Oct. 2010. It has evolved into a dark moody atmosphere with lighting to match. The lights can set the scene from the late afternoon to late into the evening. The whole area shows urban decay before the redevelopers move in. It’s the kind of place you don’t want to be when the lights go down… and they do.