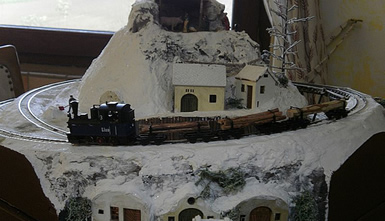 Finally some updates again! Sorry for the long wait.

This is a great foldable layout with lots of detail from Joern Pachl, these pictures should say more then a thousand words! 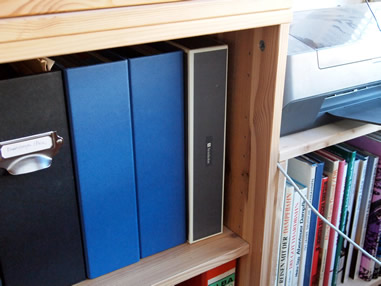 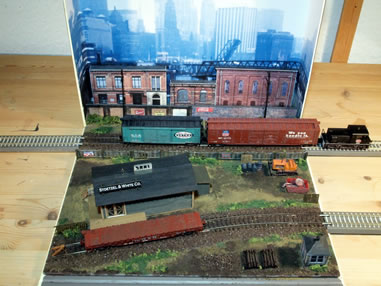 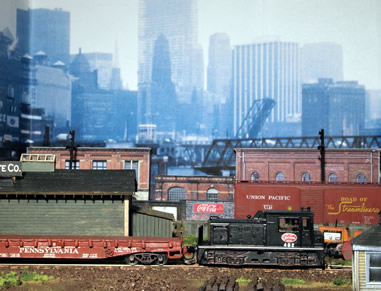 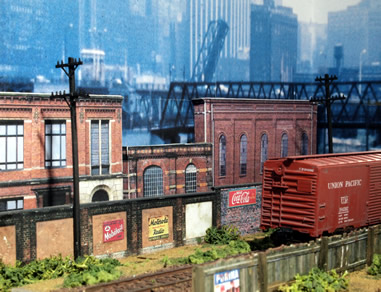 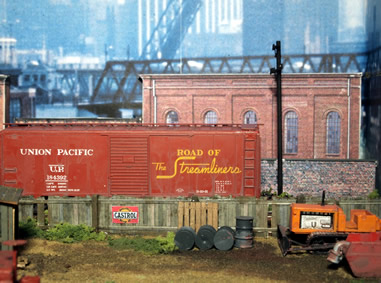 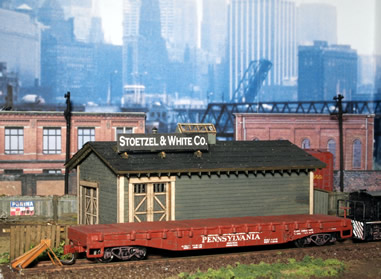 “Very very strongly inspired by your Chamiex-les Thurs tramway project. My idea was to enlarge the layout, staying with your initial operation schedule, and allow some more shunting and storage tracks for future tramways to scratch build. I bought these 2 Gnomys in Zurich in 2006. They had at the time at least 40 pieces in the store… Unable to find them now. An excellent base. not at a regular scale, but it offers plenty of occasions to scratch build the rolling material, like my first small flat car. The track is old ROCO code 100 track. Every second sleeper cut and enlarged with a thin plasticard strip, like on the left side of my test bed. Perfect for the old wheels of the old Fleischmann locomotives (a 1306 an a E69), which are very good engines, soft, slow and…so cheap to buy now on e-bay. Not working current lines, with factice rubber band wire. Tramways are very fun. Very useful for micro-layout. I plan to enlarge the layout with a removable oval track around the board, allowing continuous movements with very sharp radii.” 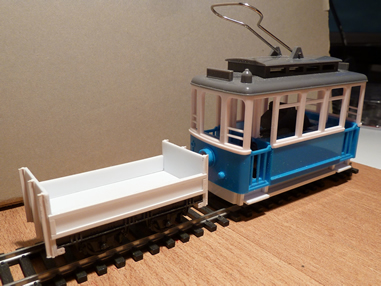 also take a look at the detail that is put in the tracks…!!

“This is my forth presentation to Carls site and hope you find the following of interest. My wife and I build a 009 layout every couple of years, and this is our latest fictitious layout based on the hills of Derbyshire, England, following a holiday in the area.

“Nibley Knoll” is 38inches by 26inches (97cm x 66cm) and has two levels. The lower continuous circuit has a hidden loop and a siding under the hill and at the station are two sidings, one for goods the other a short bay siding. The river was made with polyester resin and then stippled with varnish before an all-over coat of varnish. The upper level is a tram line, supposedly from a neighbouring valley, the tram emerges from a short tunnel, where there is a two road traverser to store trains (see pic.) This is a small wooden platform with two tracks and connections underneath using Scalextric “braids” for electrical connectivity. The train then runs along the back of the layout and round the hill side to the small tram station platform above the main station. There are steps down to the main line station for passengers to change trains. The buildings and bridges are all kits, some modified, and also Hornby scale Skaledale structures.

The layout is being exhibited regularly here in England at various shows.” 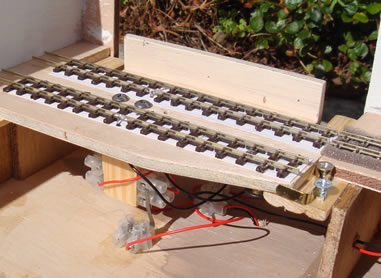 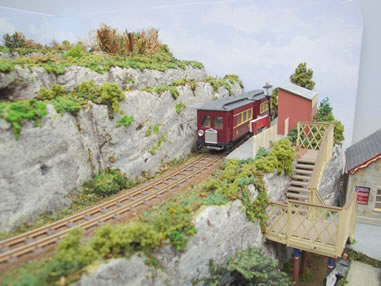 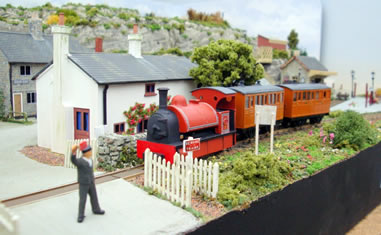 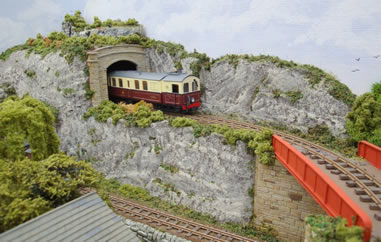 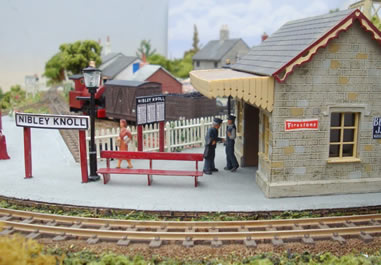 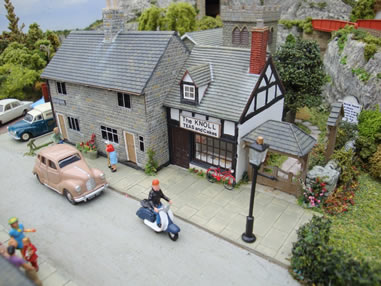 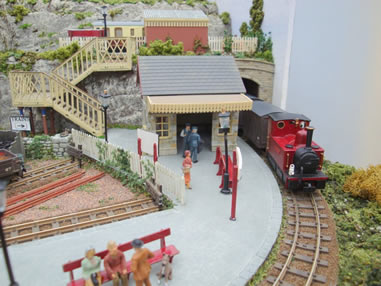 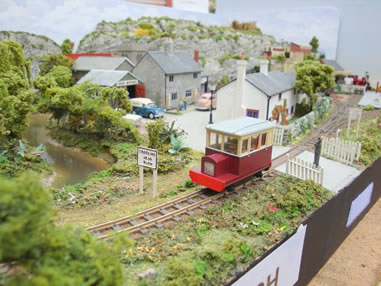 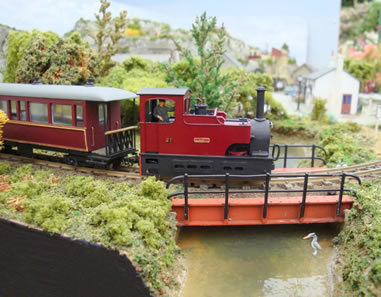 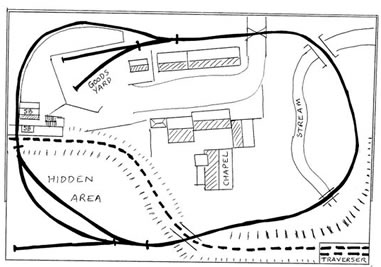 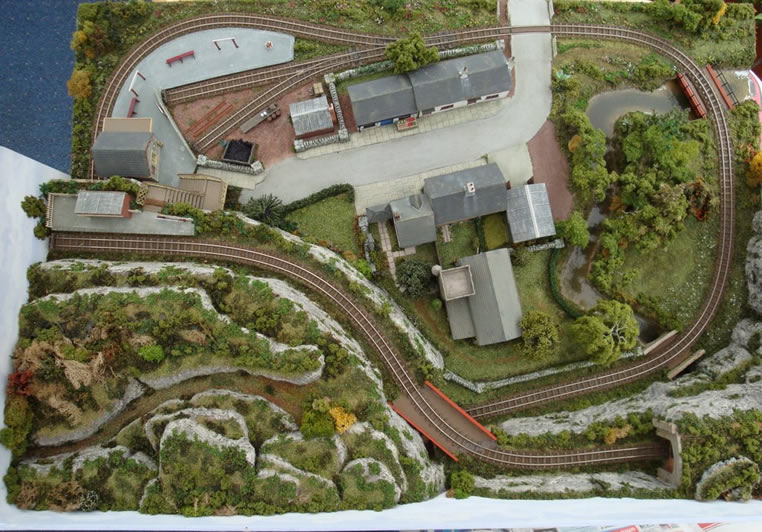 As you can see, the maker of the Mystery Pizza has been found! Here is the e-mail he sent to me, along with a link to more pictures of the Pizza.

“The main subject of the Pizza is Winter, Christmas and forest-train. A Pizza normaly has no corners. My pizza has 4 corners and each corner has another topic.
1. As the train is a forest-train which is transporting wood, a man pushes a little car with some wood to a turntable (imitation).
2. Another corner shows the crossing of the forest-train over a wooden bridge and some children in the snow.
3. The third corner shows a little chapel from an Austrian district near Vienna, called “Weinviertel” (Vinequarter?).
4. There is the model of an old vinepress as a monument and behind the vinepress some doors to the vinecelars typical for “Weinviertel”.
5. At the top of the hill is a little christmas crib (native scene?) with the holy family and ox and donkey. At the roof of the shelter is a little tree growing and in the branches of the tree has the christmas-star landed (specially for children and all persons who feel like children.)”

More pictures of the layout can be found here!